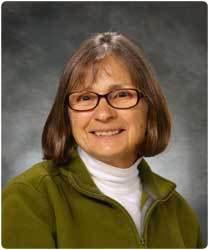 Doris Heilman, MD, FACOG, is a board-certified OB-GYN at Interior Women’s Health in Fairbanks, Alaska. She has been delivering expert, compassionate obstetrics and gynecology care for over 40 years.

Dr. Heilman was born in York, Pennsylvania. She attended Bucknell University in Lewisburg, Pennsylvania, where she earned her Bachelor of Science in biology. Following graduation, she studied biochemistry at Louisiana State University in Baton Rouge, and continued on to the University of Virginia in Charlottesville, where she earned her medical degree. Dr. Heilman rounded out her medical trainings with a general rotating internship at the Tucson Hospitals Medical Education Program in Arizona and a residency in obstetrics and gynecology at the University of Wisconsin in Madison.

Once she completed her residency, Dr. Heilman worked in various private practice settings in Kentucky, Alaska, and Virginia. She has also held locum tenens positions at several hospitals and clinics.

In addition to her board certification in obstetrics and gynecology, she is also a fellow of the American College of Obstetrics and Gynecology. She holds active medical licenses in Alaska, Virginia, and Colorado.

When she’s not working in the office, Dr. Heilman enjoys giving back to her community. She has served as a preceptor for the University of Washington School of Medicine's WWAMI medical students and for premedical students. She participated in a short-term teaching mission in Tashkent, Uzbekistan, and is a former member of the board of directors for both the Samaritan Counseling Center and the Carenet Pregnancy Center of Tanana Valley.