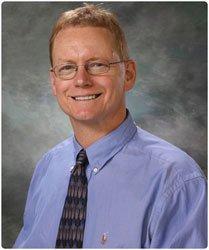 Karl Baurick, MD, FACOG, is a board-certified OB-GYN at Interior Women’s Health in Fairbanks, Alaska. He has a particular interest in gynecologic and female urologic problems and always enjoys delivering babies.

He returned to Fairbanks in 1996 and worked at Tanana Valley Clinic until 2003. Then he established Interior Women's Health as a full-service women’s obstetric and gynecology clinic. He is a member of the American Urogynecology Society (AUGS) and the American Association of Gynecologic Laparoscopists (AAGL).

‍Dr. Baurick is married and has three children. He and his family plan on staying in Fairbanks indefinitely and plans to practice OB/GYN until he's too old to walk unaided.