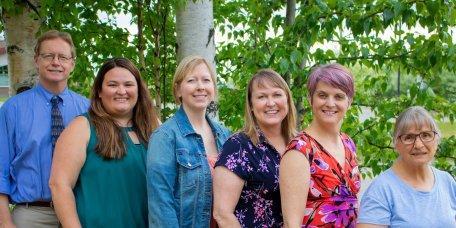 Uterine fibroids are incredibly common, affecting 20-80% of women before the age of 50. Usually, fibroids cause no symptoms, but in some women, they cause unbearable problems that negatively affect quality of life. At Interior Women’s Health in Fairbanks, Alaska, Karl Baurick, MD, FACOG, and Doris Heilman, MD, FACOG, offer evaluation and advanced treatment of symptomatic fibroids. Call the friendly staff today or book an appointment online if you have fibroids that cause you concern.

What are uterine fibroids?

Uterine fibroids are muscular growths that develop in the uterus of women of childbearing age. Fibroids are rarely cancerous. In most women, fibroids go unnoticed. But, if fibroids grow large or cause symptoms, they can seriously interfere with your quality of life.

What are the symptoms of fibroids?

If you do experience symptoms due to fibroids, they may include:

Fibroids are associated with certain risk factors, including African-American heritage, overweight, a diet high in red meat, and early onset of menstruation. If your mother had symptomatic fibroids, you’re also at greater risk of developing them, too.

When you come in with symptoms that suggest uterine fibroids, the doctors review your medical history and family history and perform a pelvic exam.

They may also order an ultrasound test, which is a noninvasive screening tool that uses soundwaves to create a computer image of your internal organs. MRI and hysteroscopy — an in-depth exam of your uterus — are other screening tests that can help with diagnosis.

Can I get customized fibroid treatment?

The doctors at Interior Women’s Health customize your treatment plan according to the severity of your symptoms and the size of detected fibroids. Options may include:

If fibroids are detected in a routine exam, but aren’t causing you symptoms, the doctors will monitor their growth through regular ultrasounds. You’ll report in if they start causing discomfort.

In many cases, the doctors recommend minimally invasive surgery to remove fibroids. You may elect to have just the fibroids removed or undergo a hysterectomy to remove your uterus. Your choice depends on your future family plans and health.

Uterine fibroids can be disruptive to your life. Contact Interior Women’s Health if you’re struggling with fibroid symptoms. Call today or book online for an effective solution.